The great success of tours about crimes, legends, stories and mysteries in Barcelona 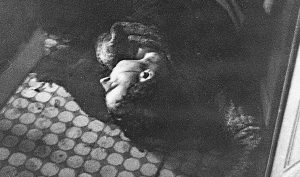 No doubt. The human being is curious and attracted to news related to events, especially crimes. We experience it daily with the media. News about tragic events attract us, whether we admit it or not. If, in addition to this evidence, we add the fact of proximity -the city in which we live or the one we visit- interest in the news increases greatly.

Since ancient times people have come together to tell stories. Medieval legends often contain sordid elements that terrify as well as attract our attention. Subsequently, with the advent of cinema and television, these contents have been consumed in the form of the fantasy and police genre and horror that continues to be successful at the box office and on online platforms. Let’s not forget that Barcelona has its own international specialized film festival that is held annually in the town of Sitges, the Sitges Film Festival.

But if fictional stories catch our attention, if we also add the component of ‘based on real events’ or directly ‘they are real events’ perfectly documented and with testimonies, the interest increases considerably. It is what is called True Crime. An example is the Crimes series on TV3, which has turned out to be a success precisely because of its truthful way of telling content. In the international context, the success of podcasts and series on the subject is an indisputable fact. Series like Serial, Making a killer or 48H are just a few examples. Podcasts like ‘My favorite murder’ or those by Carles Porta in Catalonia also abound.

Crimes take us into the most evil human psyche

The viewer who watches a fictional film or a documentary about a real case puts himself in the shoes of the detective and tries, in turn, to solve the case. Live the emotions from a controlled environment. It is a case similar to practicing an extreme sport or going to the amusement park. We feel both fear and pleasure with strong emotions in a safe environment. In some way, the human survival instinct is awakened.

Crimes the tour takes you through the Raval, Gothic and El Born neighborhoods in Barcelona

Barcelona has had its own route since June 2020 on the subject in which attendees can enjoy – in the broadest sense of the word – the events that occurred and perfectly documented between the 5th and 21st centuries. These are cases in which, often, an urban legend has been created such as that of the Vampira del Raval, Enriqueta Martí. Tourists and locals can visit the places where they happened to know the details as well as discover mysteries and anecdotes of the history of Barcelona.

Victims and murderers, executioners, punishments and death are the protagonists of a route that leaves no one indifferent.

Did you know that in Barcelona …

Discover these and many more stories, curiosities, anecdotes and urban legends from the hand of an expert guide.

Crimes the tour is an exclusive product of Oh my guide!