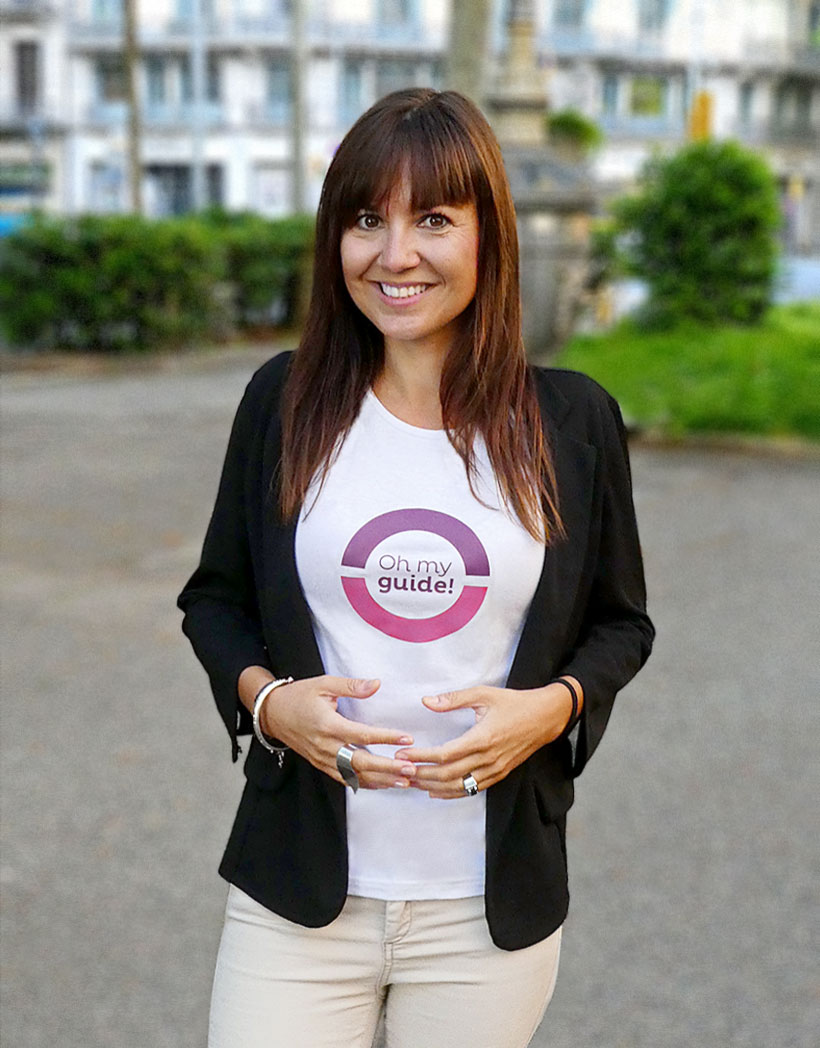 Watch her video for Travel Channel

Who has she guided?

Born and raised in Barcelona, Cristina has always been passionate about her home city. As a child she learned English and French in school; she loved watching classical original-language movies and reading history books as well as acting in theater performances. After studying abroad with a scholarship at the Freie Universität in Berlin, at age 21 Cristina graduated with a degree in Communications from the prestigious Universitat Pompeu Fabra in Barcelona.

Cristina began her career as a cultural journalist and radio reporter. While working in marketing and communications, she attended the Nancy Tuñón Theater Academy in Barcelona. She then returned to university for a master’s degree in Arts Management at the Universitat de Barcelona and a second master’s degree in Literature, Arts, and Thought at the Universitat Pompeu Fabra, where she defended her master’s thesis, “Painting after the Black Death”, based on the study of altarpieces from the Museu Nacional d’Art de Catalunya (MNAC). In 2008 she published a book for young readers, El Rei Jaume I a Lleida (Pagès Editors, 2008).

But Cristina soon realized she had to follow her ultimate passion: Barcelona. So she took the official exams to become a licensed tour guide in Barcelona and Catalonia. Since then she has devoted her time to guiding and developing new itineraries such as tours based on Carlos Ruiz Zafón’s books and the historical fiction novel, The Cathedral of the Sea. She also has experience as a docent in art museums, a media commentator, and an art history teacher. Cristina Belenguer specializes in VIP tours and has been a private guide for U2 Bono’s, Beyoncé, Sigourney Weaver, Chelsea Handler, Marie-Chantal, Crown Princess of Greece, and other celebrities.

In addition to her native Barcelona, Cristina has lived in various cities such as Berlin, Bayreuth, Freiburg, and Helsinki, where she took courses in arts management and languages. Aside from her two mother tongues Spanish and Catalan, she speaks very fluent English and French, and also some German and Italian.

Cristina enjoys traveling, visiting art exhibits around the world, and continuing her education. Every year she takes at least one new course to increase her knowledge. An adventurous foodie and a theater lover, in her spare time Cristina relishes trying new restaurants and attending theater shows. She also practices hatha yoga regularly. When she needs a break from the city, Cristina loves to go hiking in the Pyrenees and Costa Brava, which she calls the catalan paradise.